Strategy:
Your forces are set at the point 1. The enemy has two camps - at the point 2 and 3. Prepare the defence of the bridge 5 and send a Dire Wolf to the point 2 by highlited trace. Fire on enemy units there. All enemy units go over bridge 5 to your forces and you can shoot up them easy. Then, send infantry and light animals to the point 2 by highlated trace again. You can destroy all important buildings there. This camp is paralyzed now. Go back to the point 1 and remove your forces to the point 6. Prepare your Homing Bazokooids and send an unit under viaduct. Enemy Fighters and Bombers attack on this unit and your Bazokooids can shoot up them. Go over bridge 7 and destroy whole camp 3. Meanwhile, send your Bull Ant Tanks to the Power Plant (point 4). You can build up your camp now. Then, clear up areas 8 and 2.

Hint:
Set an unit as a patrol near a Pod Cannon, but without its gunshot. This cannon shoot harmlessly and you can destroy it. See figure bellow. 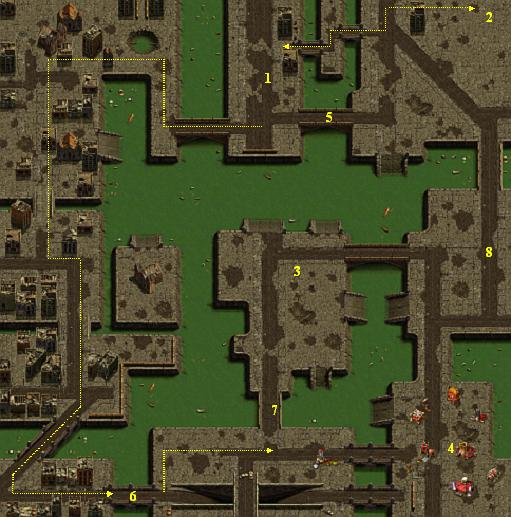 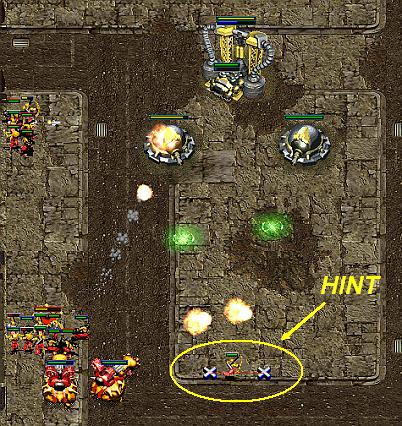