Strategy:
You have a camp at the point 1. Send your Mobile Clan Hall to the point 2 and build up it there. Now, you can build up Power Plant near your Derrick. Build up the defence of your camp and upgrade your buildings. Strike back air attacks from the North. Therefore, build up Bazooka Batteries. Make 12 Fighters and send them to the point 3. Destroy enemy antiaircraft forces there and then crush the enemy camp. In the end, clear up the rest of the map.

Hint:
Build up the second Power Plant at the point 2 (instead of the second Clan Hall) and the second Beast Enclosure. Now, you can make your Fighters faster. 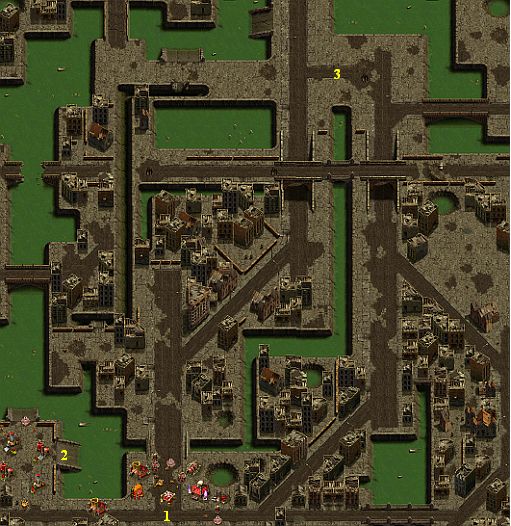