Strategy:
You have a camp at the centre of the map (the point 1). The north entrance goes to Survivors and the south one goes to the Evolved. Occupy these entrances and defend your camp. Make up two groups from two Doom Domes. Send the first group to the point 2. This group destroys Sentry Gun and Barricades. Then, you can stepwise destroy resources of Survivors. At the same time, send the second group to the point 3. Destroy the Kneecapper from water. It provokes Evolved, which attack on south entrance of your camp. In this way, you can destroy Evolved's forces very easy. After this, you can continue in the attack. Your second group destroys Bugzappers, goes to the Evolved's camp and destroys all here. Produce a Transport Dome meanwhile. Now, you can remove the Mechanoid and Gort according to your needs by this plane. These robots are very good against Cannon Towers and Worms. The best weapon against possible Touchs of Death are Fighters. When you destroy all firing devices of your enemies, you can destroy all others. 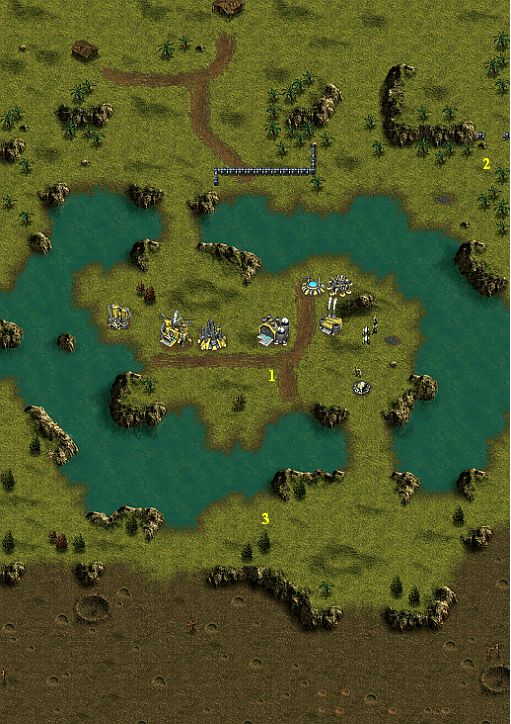