DEATH TO THE FREAKS

Strategy:
Your forces are located at the point 1. At first, build up a camp with strong resources. After this, send a Juggernaught to the point 2 by air. This combat vehicle can destroy the most east Bazooka Battery and you obtain free air corridor to the North. Strengthen your airdrop and send your forces to the point 3. Destroy all units, towers and Bull Ant Tanks there. Fighters are the best weapons against Touches of Death. After this, attack and destroy entire base in the area 4. Then, send three Juggernaughts to the point 5. Shoot up the big group of Bazookoids at the point 6 (see picture). Then destroy stepwise entire enemy camp. Combine Juggernaught fires with attacks of Fighters. 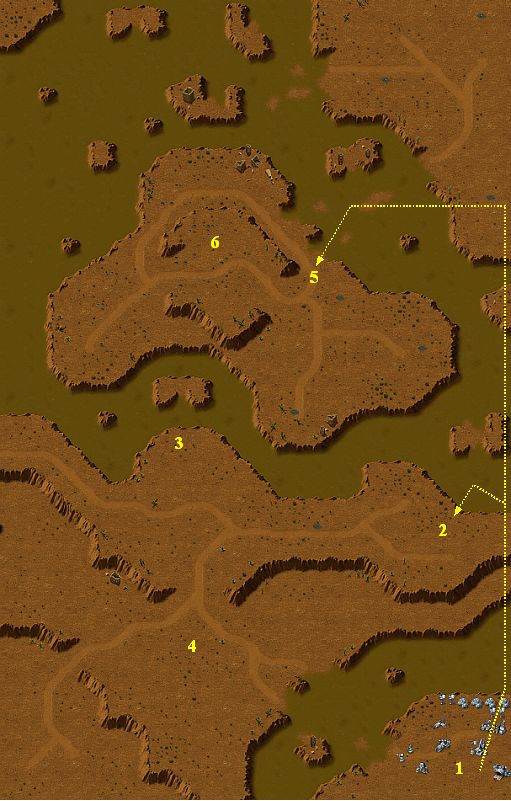 The attack at the point 6: 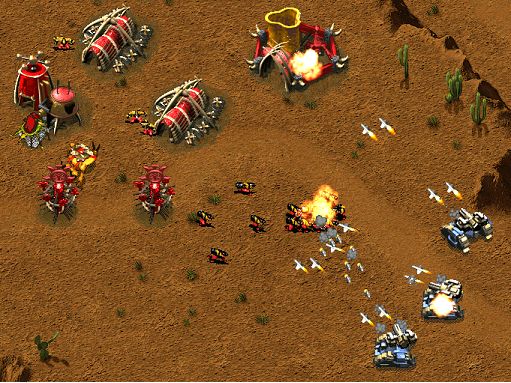